In October I reflected on the balance between letting go and holding on. In early December I learned that I was letting go of my yoga home of the past 14 years. That was a big and unexpected letting go. Over the years I have actively practiced letting go of my children as they approached new milestones or took on new independence. Now it’s time to put that into practice for myself.

As with my boys' steps into independence, this letting go provides a moment of pause and unexpected time and space that I can now choose how to fill...or not. I have spent nearly every Saturday morning for the past decade sharing my love of yoga with the Harmony/Mudra community. It feels both strange and freeing to anticipate not teaching this coming Saturday.

As I continue to explore what options are ahead, I am holding the space of gratitude for what was along with gratitude for what will be. I so appreciate the relationships and connections I have developed over the years. I have learned as much as I have taught and am a better person for having the opportunity to be present in the lives of my students. It seems fitting as we end this year and decade, moving into the clear vision of 2020, that this significant change is occurring.

I'll be sleeping in a little later this Saturday morning and practicing my yoga at home. May we each be open to all the possibilities the new year brings.

*Watch Finding the Balance Within, LLC on Facebook for new offerings in yoga and energy healing.
Posted by Laughing Yoga Mama at 7:31 PM No comments:

The Wisdom of Fall 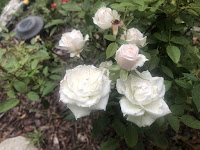 Now that the weather is really beginning to feel like fall, I’ve begun to think about the balance of holding on and letting go again. Nature is such a good metaphor to help us reflect upon our own lives.  As I watch my summer flowers and vegetable garden wither and fade, I often feel a clinging to summer and a sadness at the knowledge they will soon be dry, brittle remnants of summers glorious blooms. Then, I notice I’m grieving while the blooms are still present.
I have a habit of that. Grieving what will be changing before it has. It often leads me to miss what is, right now, in this moment. Yoga helps me practice being present in the moment, noticing how my breath feels as I move and rest in various poses. Funny how I don’t cling to a breath the way I do to other things. Each breath just is and then it’s gone without judgement of good or bad. Each breath nourishes me and takes me into the next moment. It’s a good reminder of be grateful for this breath, this moment.
Wishing things were not as they are is a very human trait that I am working to let go of this fall. Noticing and tuning into my breath, watching it come and go, is the practice.
Namaste - Lisa

It’s been a long hiatus in my blog writing and the universe has been whispering in my ear that it’s time to start writing again. I’m not yet sure what direction this will go, but I’m excited about the possibilities.
Please feel free to browse through previous blogs while I find my footing. I look forward to reconnecting with you all. ❤️
~Namaste
Lisa 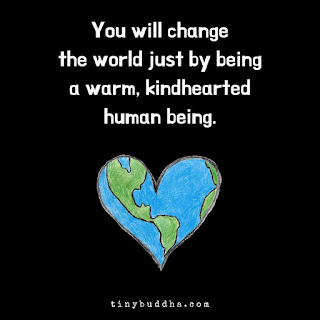 Posted by Laughing Yoga Mama at 8:46 PM No comments:

~Wrote this a while back and forgot to post it...may have been a bit of denial...read on. :)

I frequently share my parenting philosophy of letting go with other moms. Talking about it helps me remember to practice it and I right now I really need to hone my practice.

I am facing another big letting go. It's one I thought I was prepared for and doing well with, but has recently rattled me quite a bit more than I expected.

Walkingstick has turned 14, somewhat daunting in itself, and will be going to high school in the fall. High School! We've been talking about this for a couple of years and quite a bit through the summer and fall. I have been very practical, discussing options, pros and cons, class offerings, etc. I asked about his worries and concerns, but realized recently that I have been conveniently avoiding my own.

This week we went to a freshman showcase night and the following morning walkingstick made a decision on which school he definitely wanted to attend. In that moment I began to feel anxiety and fear rising up from my core in a completely unexpected way. "Wait, this is really happening!!" my inner voice said. "Will he be safe? What if someone is mean to him? Is this really the right place for him?" were the questions blazing through my head. The same questions, I realize, that I worried over when finding a day care, a preschool, a kindergarten, an elementary, and a middle school.

As I make this connection, I am realizing it is okay to feel anxious, that's my cue that this is a bigger and important kind of letting go. I also acknowledge that I have been here before and each time we have found the right place or made changes when things went awry. Walkingstick has learned many lessons through these experiences and has become a strong advocate for himself in school. He stands up to rude behavior from peers, communicates well with his teachers, is an active and interested learner, and I can trust him.

That is what this boils down to...trust. Trusting that we have given and will continue to give him the supports he needs to be successful, that the school will provide what he needs, and that he will make good decisions. I won't put on blinders or rose colored glasses, which I have a tendency to do that at times as well. But will let go a little more, tune in a little closer, and try to be present in each moment as we take this next step in the adventure.

Posted by Laughing Yoga Mama at 12:34 PM No comments:

Back to School Haiku

Over the past few weeks as school has started, I have heard conversations, read blogs, and seen social media posts from countless parents talking about the transitions their children are experiencing and the impact for both parents and children. I offer this little haiku in support.

May each little letting go bring the potential for more balance in your life and the opportunity for your child to shine a little brighter.

Wrote this to a friend yesterday struggling with a particular behavior her daughter was exhibiting,

"The bottom line in parenting for me is if I want my kids to change their behavior, I have to change mine. I try to figure out what can I do differently to support the behavior I want to see more of."

Thought I'd post it here to remind myself when I'm struggling that I can make a difference by looking inward and starting there.

Namaste
Posted by Laughing Yoga Mama at 11:40 AM No comments:

I'm so proud of family today. We all had the chance to completely lose our cool and each of us found the space and wisdom to do otherwise.

Here's how it played out...
I received a text from walkingstick this afternoon telling me that he just realized he left his computer at school...outside...in front of the school...in a laptop bag that looks like it holds a pricey little laptop. I texted back, "Seriously!!!Where is it?" Then dialed his number before he could reply. I felt my face flush with heat as he answered and took a deep breath before asking him what specifically had happened and where he thought he'd left it.  Defensive whining and escalation began, but stopped abruptly with a calm reminder - not sure how that actually came out calm...more breathing.

I realized I was thirty minutes away, he was at least twenty if the sitter took him back, but my husband might be about five minutes away if he was in his office. Walkingstick was not thrilled with the idea of getting Dad involved, but knew the situation called for all hands on deck. I rang the school first to see if someone could go out and check, but the phones had already been turned over to voicemail. Walkingstick was envisioning the grim reaper coming.

I called my husband and interrupted a high level, relatively stressful meeting. Realizing this was about the worst timing ever, I decided I'd drop it and take the risk of heading over there myself. He insisted on me telling him what was going on since he'd already stepped out of the meeting. I told him and could practically hear the explosions going off in his head...the computer is only a month old.

He left the meeting, headed to the school, and called me as he arrived. No computer bag in front of the school. The front door was locked, but a staff member saw him and let him in. No computer turned in at the front desk. He headed over to the after school care building...No computer bag there. I was sure his eyes were nearly popping out of his face and steam was coming out of his ears. I worked to keep a calm voice and think of alternatives for where it could be...more breathing...long and slow...sending all that calm energy to him.

I called walkingstick to see what students and staff members were still outside as he was leaving. He told me he thinks he could have set it down in the parking lot when he opened the door to the sitter's car. Flames begin licking my ears. I breath more and call my husband back.

We decided he'd go to the classroom to see if a teacher picked it up. He'd call me back. I was certain I could feel the vibrations of his shoes pounding down the tile hallway from across the city. I was back on the phone with walkingstick working other possible angles and keeping his anxiety down when my husband rang through.

The computer was sitting beside walkingstick's desk...the whole time...he'd never even taken it outside!!! Dad was livid and I was saying...best possible scenario! Whew! He doesn't want to see or talk to walkingstick after all of that. Fortunately, he needs to return to his meeting which gives him some space.

I called walkingstick to tell him the news. He was relieved and grateful, but terrified of what his consequences would be and of seeing his dad. He was sobbing into the phone, apologizing, and ...

I arrived home to a somber house with heads hanging low and bloodshot eyes. I couldn't believe how calm I felt. I was so relieved we found it that I didn't really need to be upset. I talked with walkingstick about apologizing to his dad, showing gratitude for his help, and a plan to keep track of his computer a bit better.

Distraction, time, and space were a blessing for all of us when my husband came home and said he realized that walkingstick had already said to himself all the things Dad would say, so he was letting it go. No lecture, no tears, just lessons learned ~ by all of us.

...I wrote this post months ago, but never got around to publishing it. Reading through it I'm amazed at our collective self-control and ability to keep things in perspective. It was, afterall, a missing computer, not a missing child. Wisdom!


Posted by Laughing Yoga Mama at 8:00 AM No comments:

This is me...laughing as usual!

View my complete profile
Hatred never ceases by hatred
But by love alone is healed.
This is an ancient and eternal truth.
~Buddha